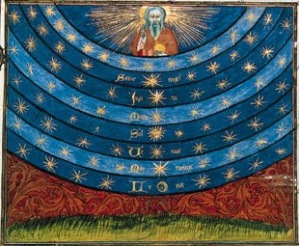 Here is an outline and exposition of what is often called the “Vertical Cosomological Argument” based on Thomas Aquinas’ thoughts in On Being and Essence.

If existence was part of a thing’s essence then it would have to exist by necessity – otherwise it would not be what it was. Thus, for all unnecessary things there is a difference between “what it is” and “that it is.” And that means that if it exists, something else is making it exist. Since this is true of everything in the universe something outside the universe is required to make it exist right now. This thing cannot be getting its existence from something else or we would be right back where we started from – with things that need something else to make them exist. Therefore, the existence of things that do not exist of necessity shows that there must be something that does exist of necessity – something that has never not-existed, nor can ever stop existing.

But if a thing is existence itself, then it has no limiting nature – infinite existence. That thing, of course, is God.