In the first 500 years of its existence, the Church authoritatively settled many issues such as Jewish law requirements (Council of Jerusalem – Acts 15), Christ’s deity (Council of Nicene – A.D. 325), the canon of Scripture (Council of Rome – A.D. 382), the dual natures of Jesus (Council of Chalcedon – A.D. 456), etc.

In contrast, it’s been over 500 years since Martin Luther launched his “Reformation” based on the ideal of Scriptural authority alone and rather than unite the Church, it has caused nearly constant schism resulting in hundreds of disagreeing denominations. Luther’s optimistic statement above, has been proven decisively false, bearing witness that sola scriptura (the Protestant’s foundation for schism with the Church) is a theological failure.

If this claim seems overreaching, below is a list of the continuing theological debates within Protestantism which are significant due to theological / ethical importance (e.g., salvation or morality), pedigree (e.g., academic or popular), or position variance (whether quantitative or qualitative). For the sake of brevity, I stopped at 75.

*Indicates that the topic even has its own multiview debate book(s) such as these: 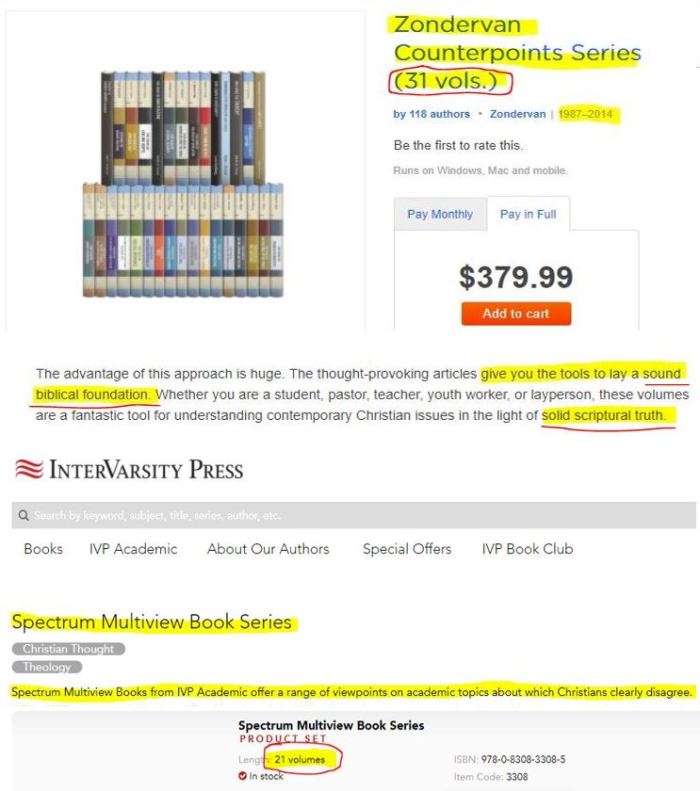